Let’s talk
Back to Resources

Development and delivery of a group information management strategy 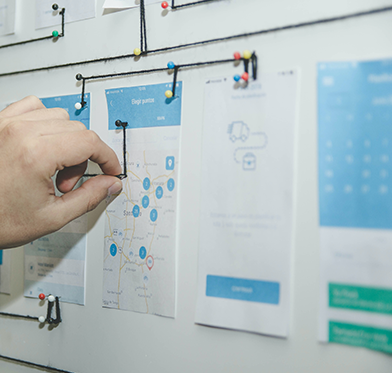 Document management across an organisation was becoming increasingly more difficult because the document tagging process was impossible to enforce. This meant that multiple copies of the same documents were being stored and the traceability to the original document was lost, creating issues when performing a search.

The secondary challenge was that documents, classified as secret, were stored in a separate and  highly secure location, at considerable cost. However, when those documents were declassified, they were not removed from the secure location.

The request from the organisation was to simplify the document tagging and to assess if declassified documents could be identified and moved out of the expensive secure storage.

Our solution was to build a business glossary where the characteristics (metadata) were downloaded into the document repository.

New documents would then only be tagged with this new simplified and standardised library. Existing documents needed to be re-tagged but doing this manually was not an option. The answer was to deploy scanning technology that used metadata to assess and re-tag existing documents.

The same technology was used to effectively build a simplified and consistent auto-tagging regime that allowed for better search results to users.

The declassifying of secret documents was more of a challenge especially as the original document may not be in the store. The solution was to use the scanning technology to search the document repository and build an index that identified the original and all related copies. The search would also identify if the classification was changed and would move the files into the appropriate storage locations.

Removed the need for users to manually tag the documents