Let’s talk
Back to Resources 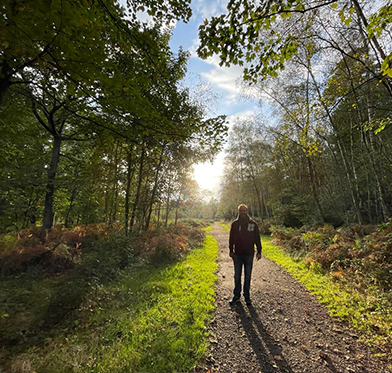 In this piece, Intuita’s Founder, Glenn Merritt, tells us the five things he couldn’t work without, from a good cup of Yorkshire Gold tea to his trusty Herman Miller Aeron Chair. This article was first published in the June issue of Business Info Magazine.

I couldn’t do my job without…

Tea, a proper good mug or two of Yorkshire Gold through the day. If you ask anyone in our offices, I have a reputation for a very specific brew that requires in-depth training and user acceptance testing before sign-off. My tea serves a few purposes: not only is it nice tasting, but it gets me up and about in the long shifts when it’s easy to just plough on and it’s also a nice ice breaker where I can talk about how a tea should be made to anyone that wants to know (and a many more who don’t care).

We introduced Slack a couple of years ago when Peter Jackson, our CSO, joined. It’s transformed the way we communicate as a business and we all love it. Email traffic is drastically reduced and we have a common channel where everyone is included in chatty topics and important news. It was introduced pre-pandemic but the fact that we had it in place made communicating, interacting and sharing updates so much more “us” than firing out emails. We have a few folks who fancy themselves as masters of gif humour and that all adds to the charm. As well as increasing productivity, it’s kept us all chatting about nonsense in a world where interactions were deliberate otherwise. Individuality is so important at Intuita and Slack is a part of it.

It’s underrated and often ignored, but for many years I have made sure I take a proper break when I can – get up and go for a loop around one of the local parks, get some air and re-energise. I have solved some of the harder problems when I’m on a stroll along the canal in Newbury (where our HQ is based). It’s too easy to think you can stare problems into submission when you are looking at your screen. Sometimes you need to step away and let things seep into your brain. I recommend everyone does it if they can, you won’t regret it.

4. My Herman Miller Aeron chair and a sit stand desk

Much as the walk helps, many people my age (my word I sound old writing that) take their posture and backs for granted. The benefit of a decent chair and desk set up should not be undervalued. I had tried a few chairs, by my Aeron set up has looked after me (and subsequently a few of the “experienced” members of Intuita!). It’s also in the Museum of Modern Art in New York, so it must be good.

In the early days of the business we had a client in Stockholm andthey had sit-stand desks. Once we used them, we knew why. They make a realdifference of focus later in the day and are now adopted by many of the team.

It sounds corny and obvious, but it’s the truest thing there is…you cannot succeed without good people around you. Gone are the days (thankfully) when my business partner, Lasse, and I worked on every single project. There is no business or personal growth in that. At Intuita we work so hard to bring in people who can thrive with us and work equally hard to create an environment that enables it. I love nothing more than “rescuing” people from roles, teams or organisations that don’t understand them, don’t trust them or don’t value their individual skills. Our leadership team works very hard to ensure we understand the needs and motivations of everyone we employ or consider employing, and we pride ourselves in not holding anyone back. I have always seen my role in part as being to get out of the way, giving talented individuals the time and space to develop, and watching them thrive. So yes, boring as the choice as one of my five things is…it’s the one that is the clearest truth.